At its core, this is just a Flask app that displays the status of your jobs and provides an interface to interact with the database and reads logs from a remote file store (S3, Google Cloud Storage, AzureBlobs, ElasticSearch etc.).

Scheduler This is responsible for scheduling jobs.

This is a multi-threaded Python process that uses the DAG object with the state of tasks in the metadata database to decide what tasks need to be run, when they need to be run, and where they are run.

Executor The mechanism by which work actually gets done.

There are several executors, each with strengths and weaknesses.

Metadata Database A database (usually PostgresDB or MySql, but can be anything with SQLAlchemy support) that determines how the other components interact. The scheduler stores and updates task statuses, which the Webserver then uses to display job information. 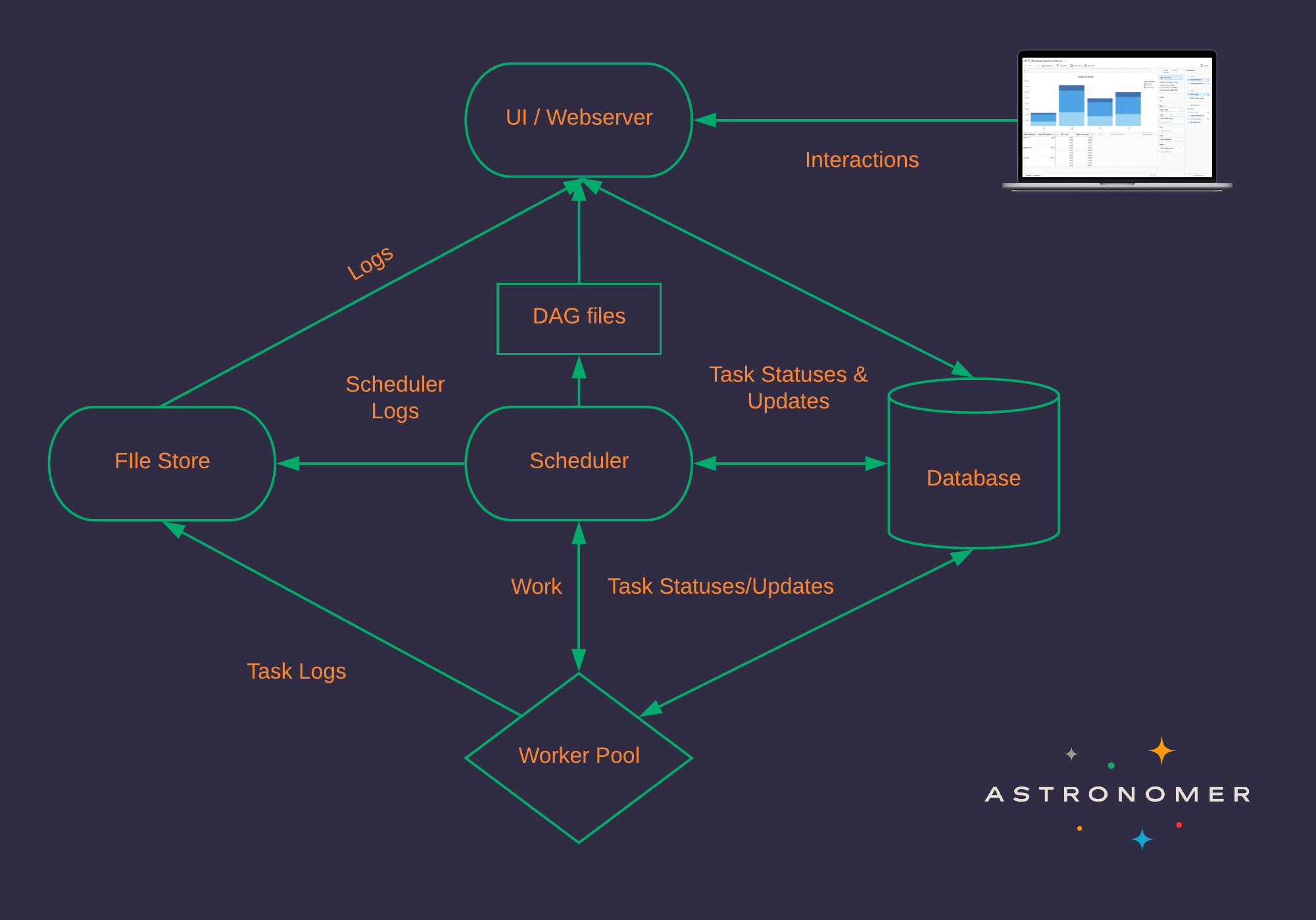 How does work get scheduled?

Once the scheduler is started:

The schedule at which these components interact can be set through airflow.cfg. This file has tuning for several airflow settings that can be optimized for a use case.

This file is well documented, but a few notes:

The parallelism, dag_concurrency and max_active_runs_per_dag settings can be tweaked to determine how many tasks can be executed at once.

It is important to note that parallelism determines how many task instances can run in parallel in the executor, while dag_concurrency determines the maximum number of tasks that can run within each DAG. These two numbers should be fine tuned together when optimizing an Airflow deployment, with the ratio depending on the number of DAGs.

max_active_runs_per_dag determines how many DagRuns across time can be scheduled for each particular DAG. This number should depend on how how long DAGs take to execute, their schedule interval, and scheduler performance.

As the cluster grows in size, increasing the scheduler_heartbeat_sec gets increasingly expensive. Depending on the infrastructure and how long tasks generally take, and how the scheduler performs, consider increasing this number from the default.