Note: Astronomer highly recommends avoiding SubDAGs if the intended use of the SubDAG is to simply group tasks within a DAG's Graph View. Airflow 2.0 introduces Task Groups which is a UI grouping concept that satisfies this purpose without the performance and functional issues of SubDAGs. While the SubDagOperator will continue to be supported, Task Groups are intended to replace it long-term.

Most DAGs consist of patterns that often repeat themselves. ETL DAGs that are written to best practice usually all share the pattern of grabbing data from a source, loading it to an intermediary file store or staging table, and then pushing it into production data.

Depending on your set up, using a SubDagOperator could make your DAG cleaner. 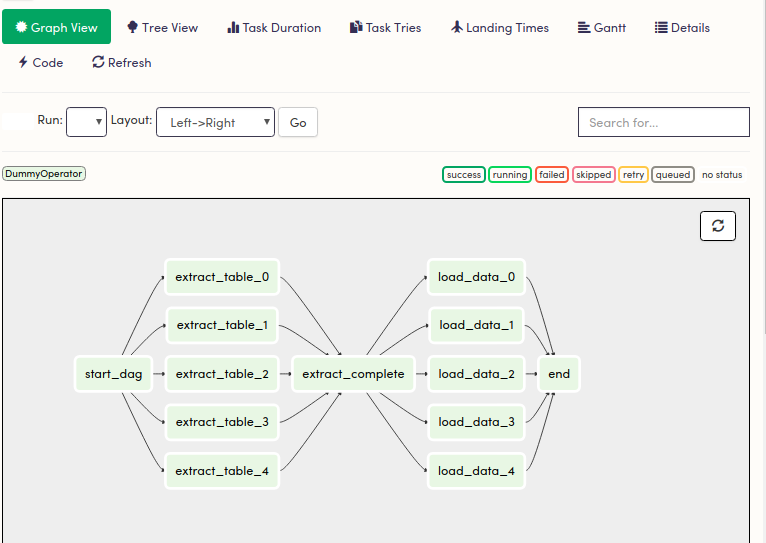 The pattern between extracting and loading the data is clear. The same workflow can be generated through SubDAGs: 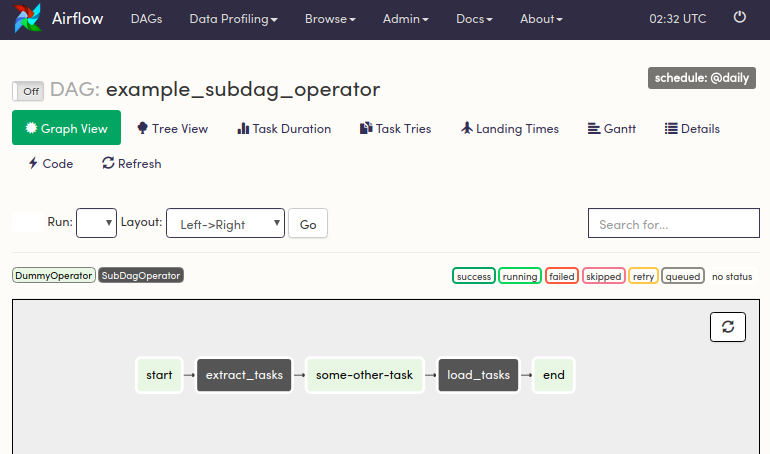 Each of the SubDAGs can be zoomed in on: 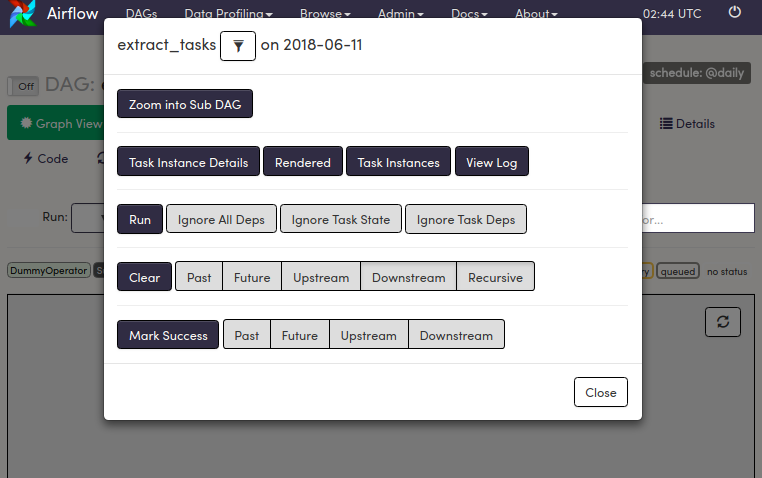 The zoomed view reveals a granular view of the task: 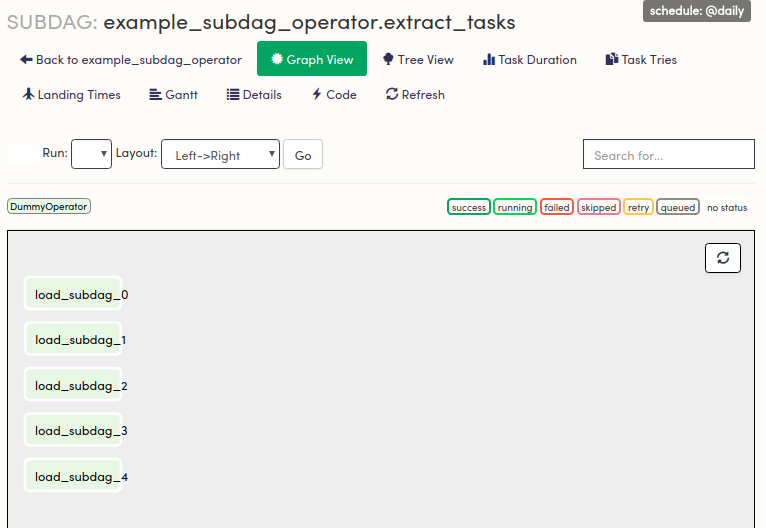 SubDAGs should be generated through a "DAG factory" - an external file that returns DAG objects.

This object should then be called when instantiating the SubDagOperator:

SubDAGs are not currently first-class citizens in Airflow. Although it is in the community's roadmap to fix this, many organizations using Airflow have outright banned them because of how they are executed.

Airflow 1.10 has changed the default SubDAG execution method to use the Sequential Executor to work around deadlocks caused by SubDAGs.

Slots on the worker pool

In mathematical terms, each SubDAG is behaving like a vertex (a single point in a graph) instead of a graph.

Depending on the scale and infrastructure, a specialized queue can be added just for SubDAGs (assuming a CeleryExecutor), but a cleaner workaround is to avoid SubDAGs entirely.

It's not uncommon to find yourself with hundreds of tasks in a DAG. Chances are, that's what you have right now. The problem is, the more tasks you have, the more difficult it becomes to maintain your DAG. This is where the concept of "grouping" comes in.

Find out by taking Astronomer's Grouping Course for FREE today!